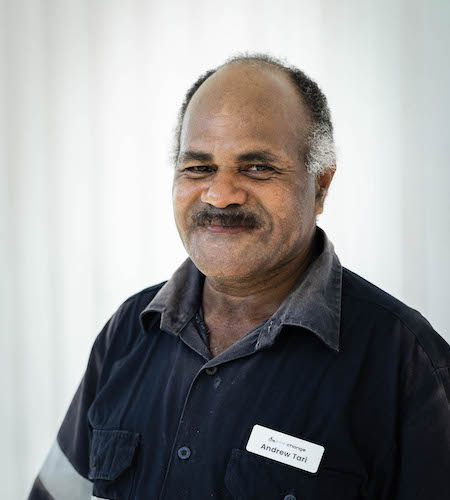 Andrew Mark Tari brings many years of experience to his security role at Interchange, which he began in 2019. From Ambae Island, he previously worked in security at Ports and Marine, and spent 20 years in the Vanuatu Mobile Force (VMF), and undergoing trainings in Australia, New Zealand, Malaysia and Papua New Guinea. During his time at the VMF, Andrew was appointed as Director of Music of the VMF band.