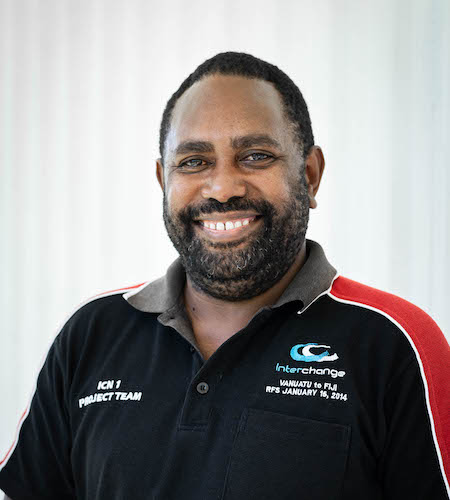 Clearance Garae is a Prima DC technician sub-contracted by Interchange, where he has worked since 2014. He is currently Technical Supervisor. Originally from Ambae, he has a Bachelor of Electrical Engineering from the University of Technology in Papua New Guinea, and has been trained in the Alcatel Subsea Cable System Network, Ciena ADM and the Subcom Subsea Cable System Network. Clearance will be the first on scene in the event of a cable outage. He previously worked for Telecom Vanuatu Limited (TVL).